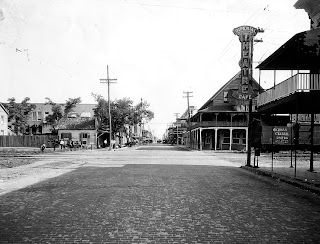 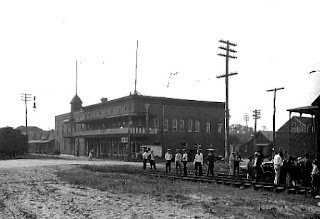 "Ethel Athansaw, the infant daughter of the man who founded Tampa's Imperial Theater in 1898."

Site of Imperial Theatre and Cafe
East side of 15th St., between 5th Ave. and the railroad tracks
This establishment, operated by Louis Athanasaw, was a notorious place "where almost anything could happen - and often did".