The Greeson Theatre opened as a playhouse on June 9, 1910 and was located at 309 Tampa Street. The theatre sat 1,600 guests between the lower floor and two balconies. By 1911 the Greeson was showing motion pictures. On October 26, 1914 the Greeson became Tampa's first "Tampa Theatre" presenting mainly vaudeville and some motion pictures. In 1917 the building was converted to an auto garage. 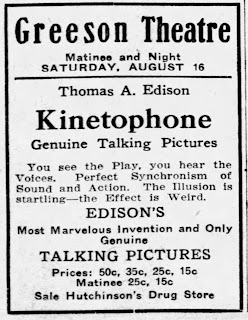 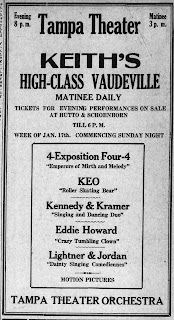 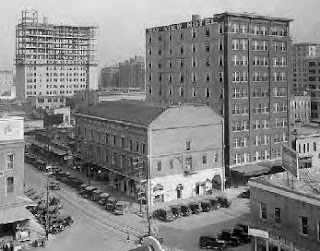 I grew up always hearing stories of this theatre, i not to sure who actaully owned it but do i have axcess to photos of it. I would like to know as much as you know about it maybe we can help eachother.

Sgreeson, I am a graduate student at USF in the history department. Could you send me any pictures of that theatre? I am researching a speech that was given there in 1911 by the state's district attorney general.

If you get this in the next 3 weeks or so email me at lisenby@usf.edu. Thank you!